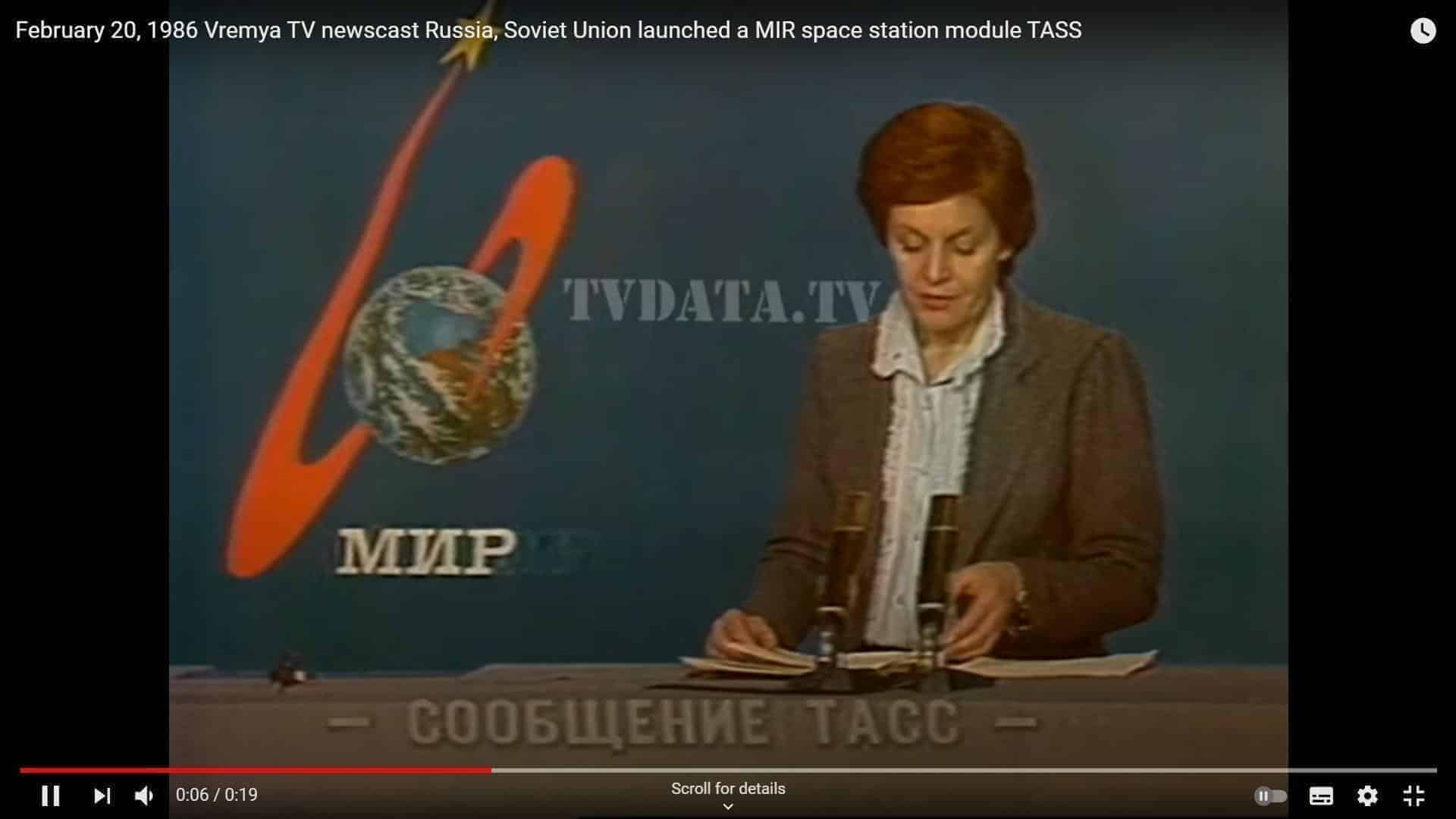 Here we present footage from the Soviet broadcast tv video archive. For example, USSR broadcast television news announcements. Among videos, a Soviet broadcast on February 20th 1986, where the television programme Vremya announced on the air: “The orbital scientific station “Mir” launched in the Soviet Union”. You can preview a full video clip here. Besides, we have Central Television of the USSR Chernobyl nuclear reactor disaster announcement.

We can provide a television studio service in Russia and organize a Newscast with a presenter reading The Breaking News from Moscow. If you would like to set up a political debate, we are here to organise your multi-channel broadcast.

Our Video engineer can also edit your footage or