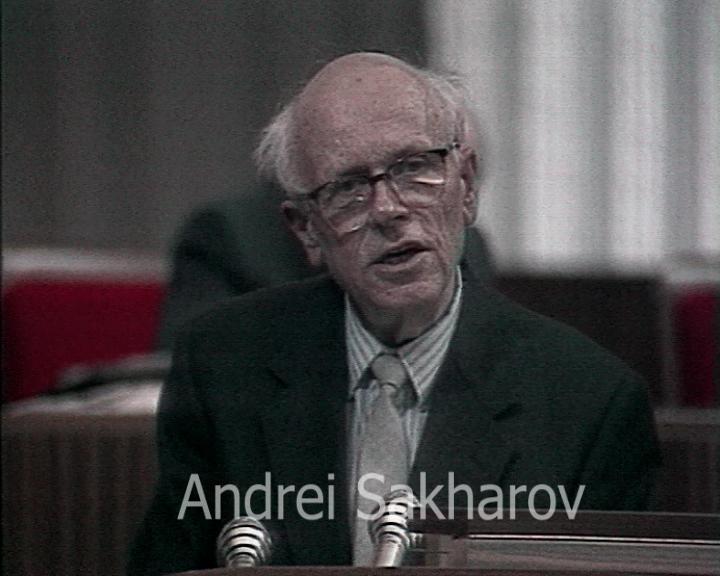 At TVDATA we provide client references. We provide the service according to international standards. To discuss your requirements for any event filming in Moscow or elsewhere in Russian, contact us on Skype: TVDATA or by email at info@tvdata.ru

As a child, Andrey  received his education at home. He went to school to study only from the seventh grade, and after graduation, he managed to enter the Faculty of Physics of Moscow State University. At the same time, mathematics, unlike physics, never interested him, although these are related sciences. When the Great Patriotic War began in 1941, Sakharov tried to enter the military academy. However, despite all his perseverance, he still received a refusal due to health problems, inaccessible to foreigners.

In 1945, he entered the FIAN graduate school under Igor Tamm. On the postgraduate exam, he received a B in physics: Academician Tamm and Professor Feinberg were embarrassed by the quick and correct answers each time, but with an explanation that was completely incomprehensible to them. In philosophy, Sakharov generally passed only the second time. At FIAN, the peculiarity of Sakharov’s talent was very quickly appreciated. Soon he publishes a small paper on muon catalysis – ten years later, this topic has become almost a separate area of ​​physics. But Sakharov never returned to her again. He is included in a special group to work on the creation of thermonuclear weapons.

In 1950, together with his teacher Tamm, Sakharov left for a closed city with the code name Arzamas-16 (in fact, Sarov). The main time (up to 14 hours a day) is the development of ideas and calculations for a thermonuclear bomb. From the closed report: seven pages of the derivation of the equation of state of matter, made by A.D. – and verification of this conclusion on the Strela computer, which lasted for a year at IPM. The result is a discrepancy of only 10%!