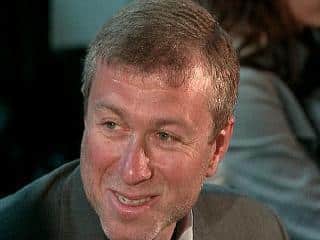 Archival footage of Roman Abramovich stock videos and clips available to use in your projects, or start a new search to explore more stock footage and b-roll video clips.

Videos of Viktor Volodymyrovych Medvedchuk is a Ukrainian lawyer, business oligarch and famous Ukrainian politician. He is a longtime friend of Vladimir Putin.

Roman Arkadievich was able not only to form a large capital, but also to excel in various fields. Among other things, he was a leader of Chukotka. After the collapse of the USSR, this far northern region suffered from a lack of funds and a shortage of products. It was difficult economic situation in Chukotka

Many fans know the billionaire as the owner of the famous Chelsea club. For all the time he was in charge of the team, the ex-governor was able to significantly improve its performance due to the selection of players and competent coaching staff.

If we talk about the amazing moments in the biography of a billionaire, then we should start with his childhood. He himself is an orphan who was raised by his uncle and grandmother. His parents died when Roman Abramovich was a small child. His mother’s life was cut short by blood poisoning when he was only one year old. As for his father, Arcady Abramovich, he died as a result of an accident at a construction site when Roman Arkadyevich was four years old.