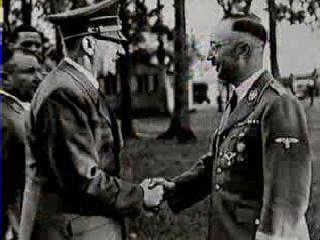 The story of general Andrey A. Vlasov, the founder of RLA is an unknown page of World War Two history. The end of this story is tragic. When German troops came near the capital of the USSR, Stalin declared a state of emergency. The second army of the Volkhov front commanded by general Vlasov played an immense role in defeating the fascists near Moscow. Shortly after that, Vlasov’s army was trapped and destroyed. The general himself with the group of officers and soldiers tried to breakthrough. But Russian village elders betrayed them.

Vlasov was taken to a special prison camp and then to Berlin. The fascists were looking for a man who could help them. In the first leaflet written by Vlasov, he calls upon the Soviet people to struggle against Stalin and his regime. But a political program was needed.

Among the Germans, he develops the idea of creating A Russian Liberation Army which would include emigrants, prisoners of war and deserters. Only after the German troops lost the battle of Stalingrad, did RLA receives military insignia. The centre of the future army where former Red Army soldiers were trained was near Berlin. They believed that they would receive the freedom of action.

Andrey Vlasov stood against Nazi ideas and insisted on the independence of Russia.

The goals of the Germans and the following events conflicted with Vlasov’s goals. It took him some time to understand that Germans used him. He had no choice but to struggle with his ideas, dreams and people’s lives. The RLA enter Prague, and after the Prague rebellion, the German troops capitulate. RLA didn’t last long. Some soldiers surrender to the Western allies, and after that, they are handed to the Russians.

Later, Americans took Vlasov to Russia. He found himself at the KGB on Lubyanka. The court sentenced him and his supporters to hanging. Rare video at the Lubyanka prison where Russian security carries out the sentence.