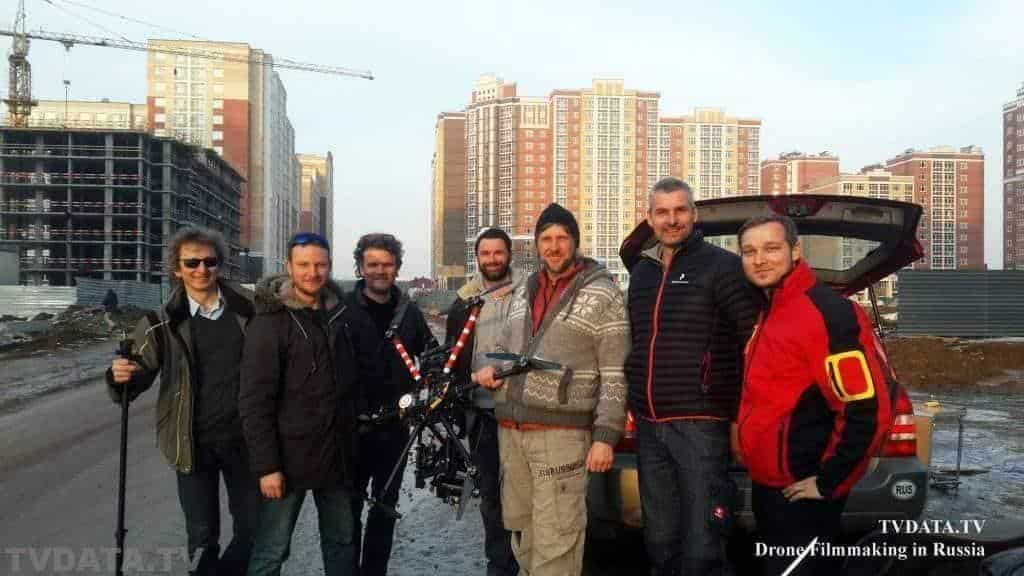 At TVDATA media, we have a camera crew operating a drone and producing aerial footage. In many cases, drone filming in Moscow, the Russian capital, requires permission from local authorities.

Filming with a drone in Moscow

Thus, filming with a drone is best scheduled in advance, given enough time to obtain the necessary paperwork. Below we post some video examples of drone aerial shooting in various locations. For example, the Moscow International Business Centre, called Moscow City Centre or Moskva-City, is a picturesque drone flight place.

Our professional drone video crew is based in Moscow but can travel to various locations across Russia and nearby territories. In one day, which constitutes approximately eight to ten hours of work, the aerial camera crew can take about eight different angles. As a result, a client gets eight video shots or angles, which are known as the drone takes. As an example, we feature some videos where our Camera Crew is operating a drone across Russia. Besides, we include some clips featuring aerials drone filming in Europe.