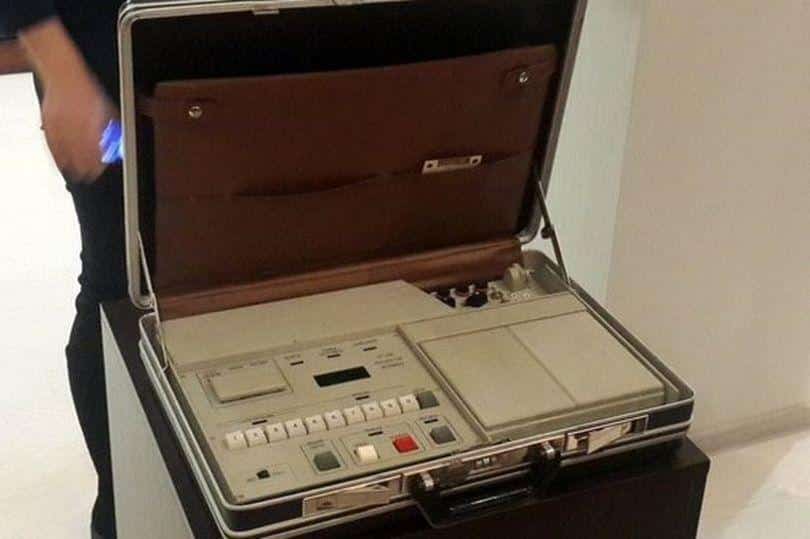 Russian nuclear briefcase is named Cheget. It is connected to the special communications system code-named Kavkaz. Responsibility comes with being the commander in chief.

Cheget -Чегет is a nuclear launch briefcase. The name comes from Mount Cheget in Kabardino-Balkaria. It is a part of the automatic system for commanding and controlling Russia’s Strategic Nuclear Forces named Kazbek. The name is after Mount Kazbek on the Georgia–Russia border.

In general, the “nuclear suitcase” is a special portable device that stores the codes to activate the nuclear arsenal, which the top political and military leaders of states always have. The suitcase communicates with specialized launch centres.

The “Nuclear Suitcase”, contrary to the general idea, is not a universal remote control for launching and controlling missiles. This is only a signal transmitter from the president and top officials to the competent departments . Besides, further along, the chain to the launch centre.

AN602 hydrogen bomb is the most powerful nuclear weapon. It detonates at 4000 m altitude on October 30 1961, at the Mityushikha Bay test in Novaya Zemlya. It is an island in the Arctic Sea for nuclear testing. The 57MT-bomb exploded and a mushroom cloud.