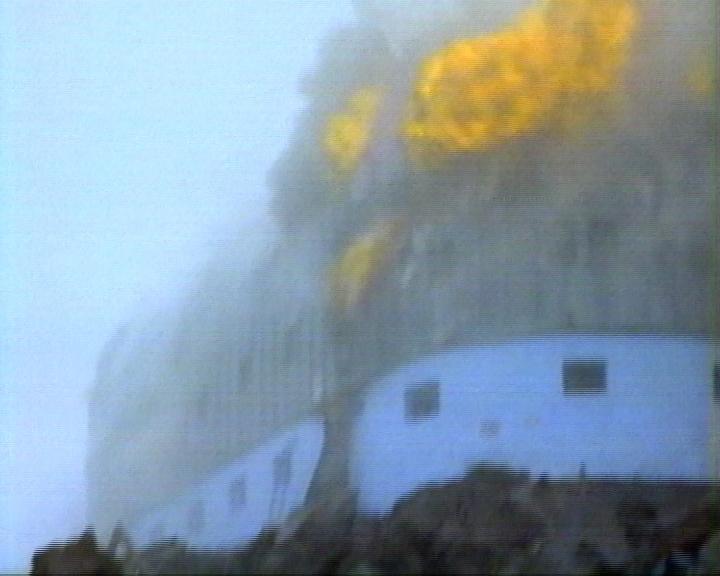 Rare footage the highest fire in the world 4050 m Mount Elbrus “Shelter11” Hotel. The highest mountain fire in the world is the Fire on Mount Elbrus at the height of 4050 meters above the sea level. Real-time Footage video of “Shelter 11” Hotel constructed in 1938 in USSR is on fire. The fire that broke out in the Shelter-11 building proceeded intensively. For 60 years it was the highest mountain hotel in the USSR and Russia. Located on the south-eastern slope of Mount Elbrus.

Video footage of the Highest fire in the world

One of the very first and famous mountain shelters is “Shelter 11”. Its construction began in 1938. It was a full-fledged hotel, capable of accommodating up to 100 people at the same time. The hotel for many years has become a real paradise for tourists and a climbing base. But the end of the 20th century brought bad news for the mountain shelter, “Shelter 11”. A fire destroyed the building almost to the ground.

At the height where Shelter-11 was located, the air pressure is 460 mm Hg.

The provisions of the physics of combustion indicate that when the pressure of the oxidizing gaseous medium, in this case air, decreases, the combustion of materials and substances becomes less intense.

Rare footage, the fire happened in the height of 4050 m

When the pressure of the oxidizing gaseous medium is less than the pressure limit of combustion of materials and substances, denoted as Plim, combustion at a given concentration of oxygen in a gaseous environment becomes impossible.