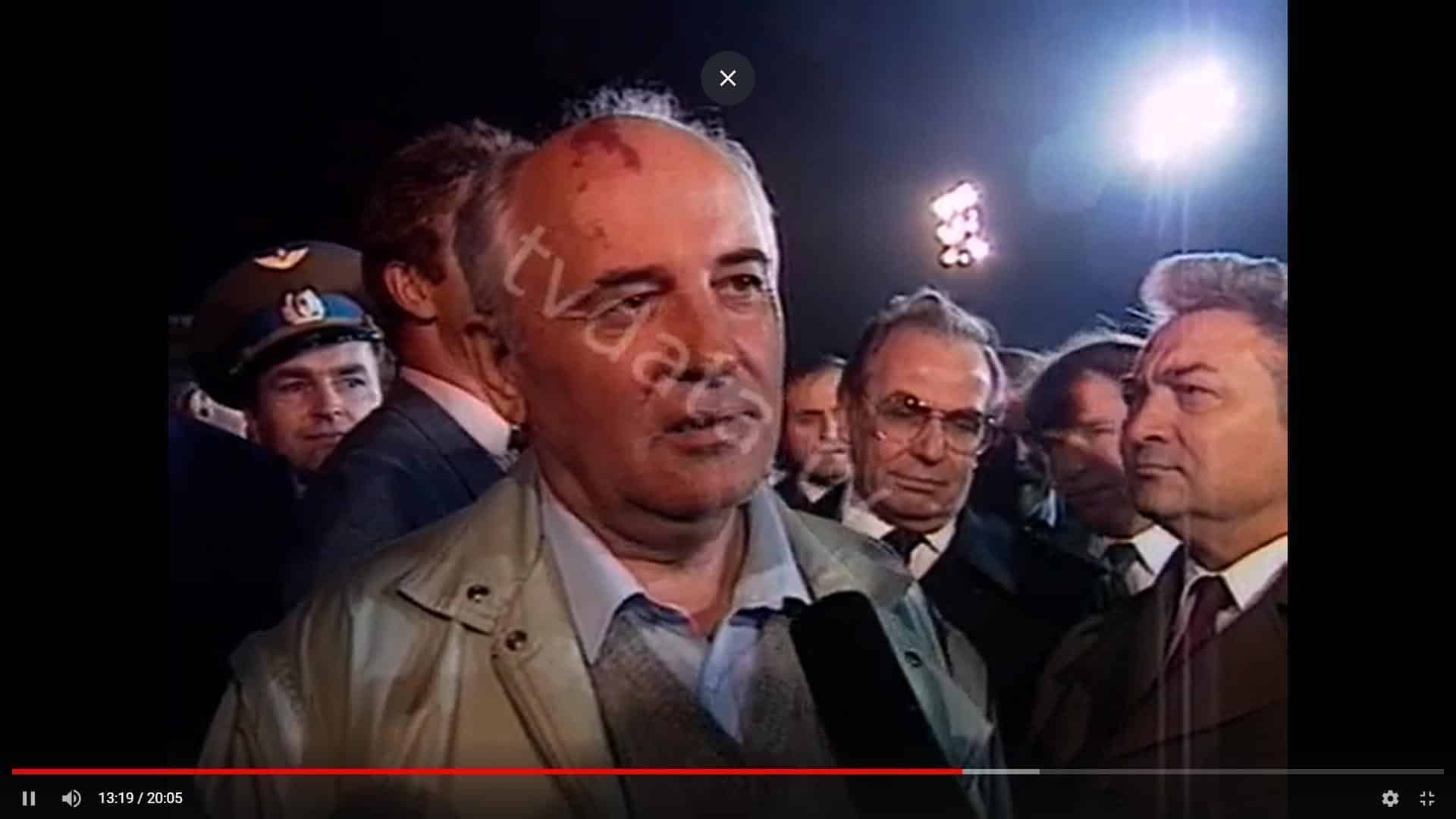 News footage and exclusive interviews of Mikhail Gorbachev, the last leader of the Soviet Union. He presided over the collapse of communism in Eastern Europe. M. Gorbachev footage collection for worldwide rights for editorial and creative projects. Mastered to QuickTime 10-bit mp4 SD 720×576 25i

1991 stock footage just before the USSR collapsed, Gorbachev went to Crimea and was removed for three-day from power. The State Committee for the State of Emergency (GKChP) announced that it had taken power in the Soviet Union into its own hands. However, the plot was crushed within three days. The failed coup attempt went down in history as the “August coup”.

One of the main mysteries of 1991 days is the three-day removal from power and the capture of Soviet President Mikhail Gorbachev at the Zarya state dacha in the Crimean village of Foros.

This footage is 31 years old. On August 22, 1991, Soviet President Mikhail Gorbachev returned to Moscow from Foros, having been released from Crimean captivity after the putsch of the State Emergency Committee was defeated.

Archival Footage ( tape P58) on Mikhail Gorbachev, the leader of the USSR and the world-famous initiator of the so-called perestroika. Filmed is Gorbachev greeting colleagues in the Supreme Soviet, meeting US president Ronald Reagan and signs negotiations treaty.

00:01 Political reform is needed, and regarding the spiritual state and moral state of society, it must be treated thoroughly. Only in this case we will give oxygen and a second wind to our country and our society and people. I confirm that I am sitting in my chair and that I am a communist and remain convinced of it. For some, this fantasy and so on. Somewhere -a flying object. For me, this is the goal, and we must go far towards it – through stages. Today, perestroika is the salvation of socialism. This is the opening of the second wind of everything that is inherent in this system of the people. It is necessary to build where it is possible within the framework of this system to resolve issues in the interests of the individual. To make our society fairer, and more humane democratic, and I am sure of it!

Russian to English subtitles translation for media projects by Russian-English.com

4 Replies to “Mikhail Gorbachev from Soviet 1991”