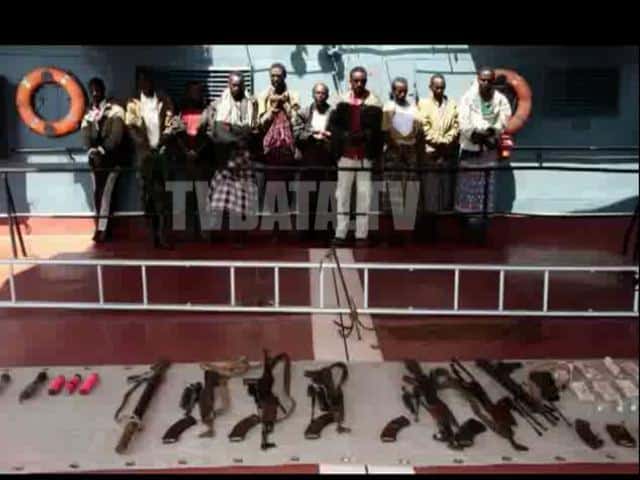 This is a unique stock video of a Russian response to sea piracy. Annually, lots of ships are victimized by piracy. This accident took place off the coast of Somalia. Combating sea piracy is usually a secret and fast operation and rarely do we have videos from these marine operations.

Contemporary sea piracy caught the attention more than ten years ago. Then militiamen from the Somali civil war joined with regional fishermen to take hostages and claim ransoms.

Other Terrorism videos in tvdata collection.

Military alliances and security experts protect yachts from pirates. How to avoid hijacks and cyber threats in international seawaters.