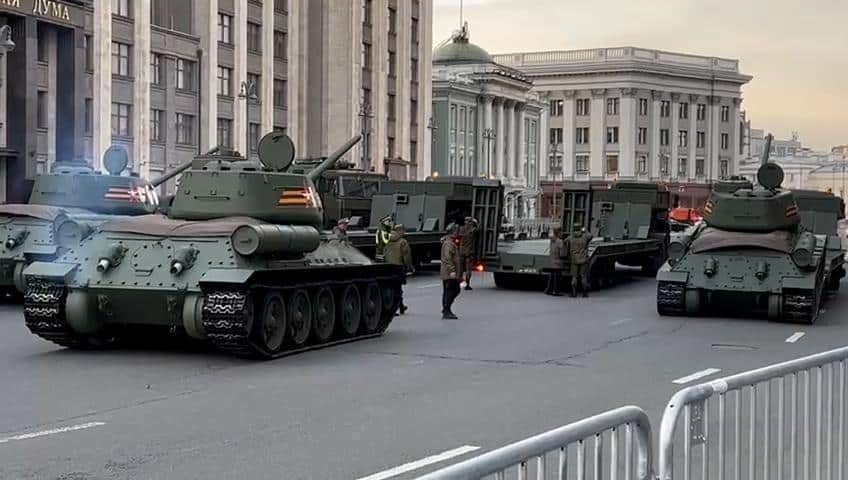 On May 9, 2022, all of Russia will celebrate the 77th anniversary of the victory in the Great Patriotic War. Military Parade will take place on Red Square in Moscow. Stock footage video from the first night rehearsal of the Victory Parade took place in Moscow on 28th April 2022.