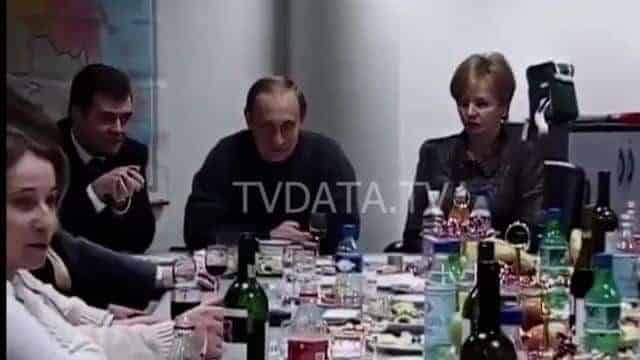 Putin said that Yeltsin did not transfer power to him

Russian President Vladimir Putin during a direct line said that Boris Yeltsin did not transfer power to him, he became acting president by law as prime minister. So he answered whether it is possible to transfer power following the example of Boris Yeltsin and whether there is a person in the team of the current head of state to whom he could “transfer power without any doubt.”

Yeltsin did not transfer power to Putin, Rare exclusive home Video in 2 parts.

On December 29, 1999, Valentin Yumashev entered a small office in the First Building of the Kremlin, unique stock footage from Russian-speaking territory for licensing

The building where the office of the President of Russia is located. By that time, Yumashev was no longer entitled to a secretary, but he himself wanted to be left alone. Yumashev switched on the light, turned off all the phones to concentrate, and started the computer. “Today is the last time I address you as the president of Russia,” Yumashev typed after thinking. — I made a decision. I thought long and hard about it. Today, on the last day of the outgoing century, I retire.

The president’s speech is usually written by speechwriters, but at that moment Yumashev had to fulfil this role himself – that BORIS YELTSIN decided to resign, only he, Vladimir Putin and the then head of the Presidential Administration Alexander Voloshin knew (at some point, Yumashev persuaded the president to talk about his decision also to his daughter). The next day, Yumashev gave the chief to read the text of the appeal to the citizens. One of Yeltsin’s closest people and his future son-in-law guessed the politician’s mood. “I want to ask your forgiveness. For the fact that many of our dreams did not come true,” the president read. And what seemed simple to us turned out to be excruciatingly difficult. I apologize for not justifying some of the hopes of those people who believed that we could jump from a gray, stagnant, totalitarian past into a bright, rich, civilized future in one jerk, in one fell swoop … In some ways, I turned out to be too naive … »